Switch to the dark mode that's kinder on your eyes at night time.

Switch to the light mode that's kinder on your eyes at day time.

Switch to the dark mode that's kinder on your eyes at night time.

Switch to the light mode that's kinder on your eyes at day time.

STATE OF THE NATION

IN SEACH OF THE MESSIAH PART ONE.

Nigeria, the most populous black nation in the world with multiple ethnicity, cultural backgrounds, multiple languages and a sizable land mass is indeed a great nation and a force to reckon with both within and outside the shores of Africa.

With the amalgamation of 1914 by Lord Fredrick Lugard and the introduction of the indirect rule system by same man, it was welcomed whole heartedly in the North, due to the already existing Emirate system which controlled the religious and socio-political lives of the people. In the West it worked partially because they had an already constituted institution, though not all domineering like the former but in the East it was a completely different ball game as they were already used to an egalitarian society and saw the imposition of Warrant Officers as an encroachment on their fundamental human rights.

To stabilize the polity and unite the various peoples of Nigeria, different Governor Generals took it in turns to administer over the affairs of the country, each holding a new Constitutional Conference and either installing a new constitution or making amends from the existing ones.

The Arthur Richards Constitutional Conference for the first time tended to disunite the various Nationalists by encouraging alienation instead of the former quasi-alienation. He thus created three regions with a weak centre. 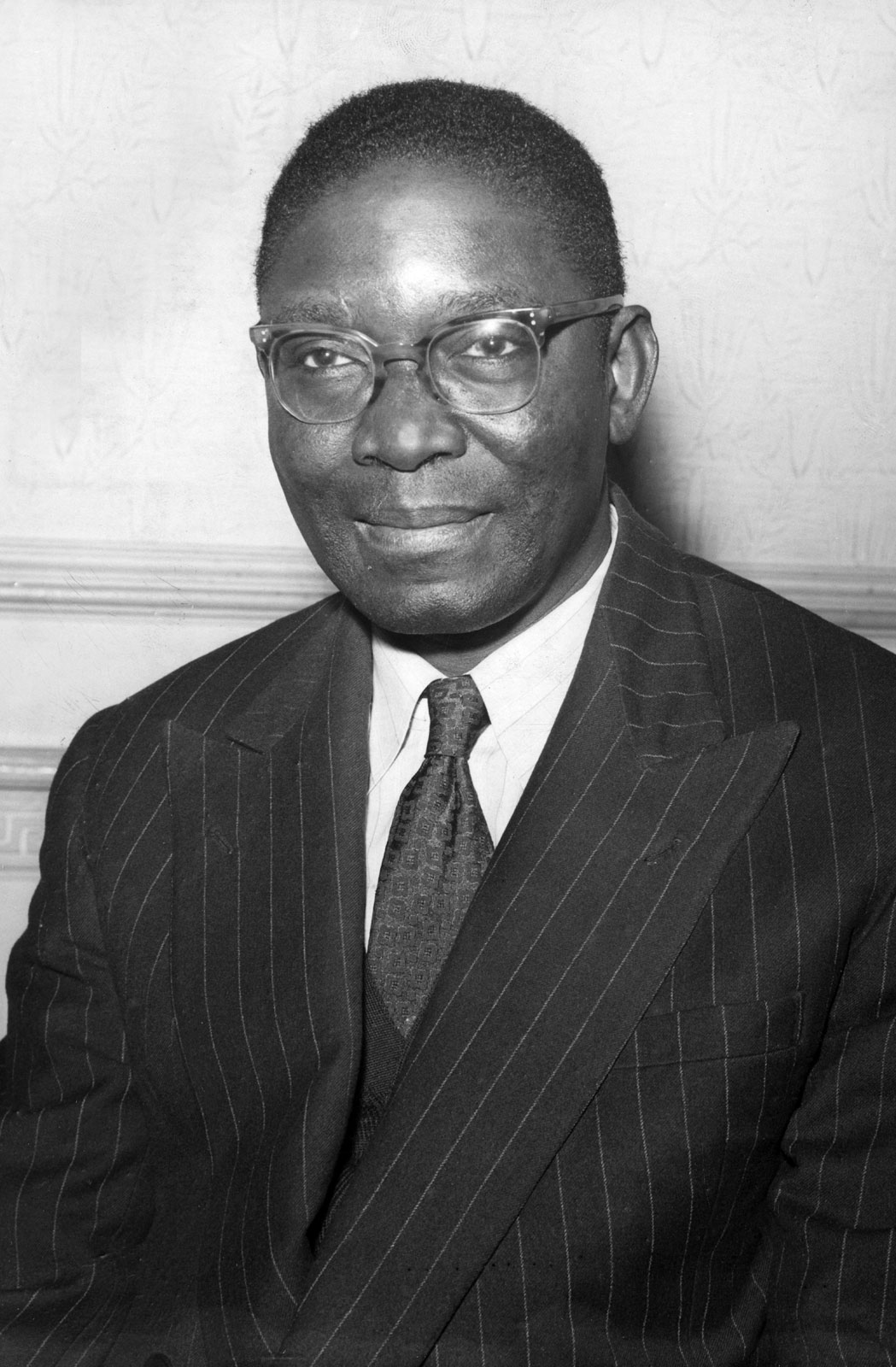 Gradually Nigeria passed through this phase of colonization to the era of regional independence, East and West in 1957 and North in 1959. Finally on 1st October 1960 Nigeria became an independent country, still under the tutelage of Great Britain but by 1963 Nigeria attained the statues of a Republic and a completely sovereign state.

At independence Nigeria adopted the cabinet system of government, same with her colonial master. The Northern Peoples Congress, having failed to clinch the much needed votes in the other two regions had no alternative but to form a coalition government with National Council of Nigeria and the Cameroons (N.C.N.C), which culminated into National Council of Nigerian Citizens when parts of South and North Eastern Nigeria, as a quasi territory, opted to stay with Cameroon.

On that October day the presidential flag bearer of NPC, became the Prime Minister while Dr. Nnamdi Azikiwe became the ceremonial president. All this was to find a lasting solution to the Nigerian problem. But before long, crises set in. Tribalism, nepotism, political unrest, religious and ethnic violence became the order of the day. 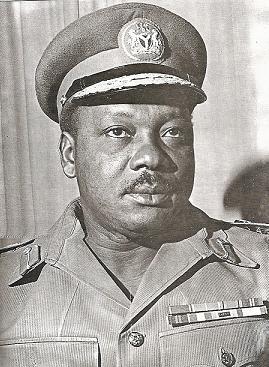 As a result of political victimization, corruption and economic wastages which marked the First Republic, Ifeajuna, an ambitious Major in the Nigerian Army conceived the idea of a revolution, called in Majors Nzeogwu, Okafor, Anuforo, Ademoyega and a few other military personnel and they executed the first military coup in Nigeria. However while Nzeogwu succeeded in the North, Ifeajuna could not in the South as he and his soldiers were repelled by Major General Aguiyi Ironsi.

With the Prime Minister and other key politicians dead, the survivors in hiding, the Senate leader, Nwafor Orizu had no option but to hand over the affairs of the country to General Aguiyi Ironsi, the highest ranking military officer, to hold on trust until order was restored. That marked the end of an era and the advent of another, the introduction of the military into government.

With Ironsi’s regime came the Decree 34, the Unification Decree which the Northern elites strongly opposed.

Feeling bitter over the death of her top Army officers, Brigadier General Largema and Maimalari, the Sardauna and Premier of the North, Sir Ahmadu Bello, the Prime Minister, Alhaji Tafawa Balewa the Northern military personnel set out on a counter coup and revenge mission which led to the massacre of many Igbo officers and an unprecedented number of thousands of civilians of South Eastern origin.

The pogroms that followed the counter coup led to a mass exodus of the South Easterners back home. Consequently there was the agitation for resource control by the Eastern Region.

To find a solution to the lingering crises, the Aburi Conference was convened between the Federal Government and the government of the Eastern Region. When this failed, the two governments went to war which lasted for a period of two and half years.

With the war ended, General Gowon declared his famous ‘No victor No Vanquished’ slogan and introduced his policy of Reconstruction, Rehabilitation and Re-integration. He was blessed with the oil boom, a period which many still regard as Nigeria’s Eldorado. As an uncorrupted military leader who has tasted power, he rolled out a 9 point agenda which would lead to handing over power to the civilians in 1976. But in 1975 he reneged on this and instead rolled out a development plan that will see the military hanging on to power with no definite hand over date to civilians mentioned. This, no doubt must have caused Brigadier General  Murtala Muhanmed to stage the nation’s third coup that toppled Gowon.

Murtala thinking the problem of Nigeria would be solved by satisfying the agitation for state creation, established the 19 state structure. However his regime was not allowed to last as LT. Col. Dimka cut his life short.

His successor, General Obasanjo succeeded in hosting the Black Festival of Arts and Culture (FESTAC 77), the first of its kind in Africa aimed at writing the name of Nigeria in the good books of other countries, yet the problem of Nigeria still persisted. He successfully handed over power to an elected civilian government that was marred by election irregularities.

The Second Republic, under president Shehu Shageri marked a turning point in Nigeria’s history. The outgoing Obasanjo regime had prepared the country for the Presidential System of government, away from the Cabinet System of the First Republic in a bid to solve the problem of Nigeria.

The return of the civilians also marked the return of tribal politicking, suspicion and over reliance on imported goods. The produce from agriculture started dwindling and politicians started looting public funds.

The presidential election of 1983 was a mere formality as most the political office holders were returned unopposed.

Based on the above, Major General Muhammadu Buhari, on 31st December 1983, carried out a bloodless coup which ousted the civilians and had them put in prison or under house arrest.

The no nonsense General introduced a number of measures aimed at eradicating corruption, robbery and indiscipline. He introduced the firing squad and War Against Indiscipline (WAI) among other things. Indeed there were a number of positive changes during his tenure but again he was not allowed to last long before being ousted by General Ibrahim Badamosi Banangida in yet another military coup. He was accused of high handedness and operating a totalitarian government. Idiagbon, the Chief of General Staff and second in command was shocked to hear that they had been toppled while he was away attending a summit of  Organization of Islamic Countries (OIC) which eventually turned out to be one of their demerits, trying to turn Nigeria into an Islamic country.

Get the best viral stories straight into your inbox!

What do you think?

Browse and manage your votes from your Member Profile Page

More From: STATE OF THE NATION

Sorry. No data so far.

Don’t miss out on new posts

vozAfric is the first remarkably African online news-magazine in Spain that offers an important window into the world of African Diaspora in Europe, USA and those in Africa.

vozAfric is where people of African heritage come for Africa related news, entertainment, motivation and inspiration. It is a brand that is revolutionising African media and is weaving the threads of cultural identity for the reader of African heritage who has a desire to stay connected to his or her African roots.

Your password reset link appears to be invalid or expired.

To use social login you have to agree with the storage and handling of your data by this website. %privacy_policy%

Hey Friend! Before You Go…

Get the best viral stories straight into your inbox before everyone else!

Close
Send this to a friend